Thanks to V. Roussopoulos, within two months, I was able to improve my performance. It is what every athlete needs, regardless of level. I highly recommend it!

I took physical assessment tests next to the best ergophysiologist. I also had valuable tips for optimal athletic performance in the well-organized space of Ergoscan.

Explosive power is the ability to produce force in one explosive and rapid action or a series of sudden movements such as jumping, shooting, or change direction. The highest power output per second should be very close to the maximal instantaneous power. Explosive power tests, such as any kind of jump, are used to evaluate the athlete’s ability to produce muscular force in the shortest possible time. Jumps tests evaluate the legs explosive strength, the neural recruitment ability and they have been shown to have a strong correlation with sprint performance, standing long jump, and isokinetic leg extension testing.

According to the testing procedures, we can take following results:

We provide the assessment tests in:

b) Fields or courts  according to teams and coaches needs 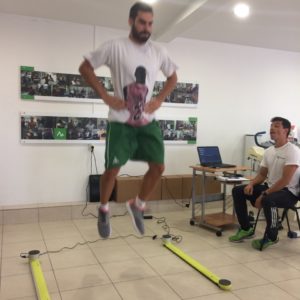 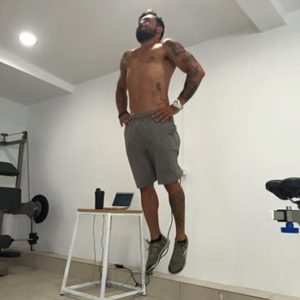 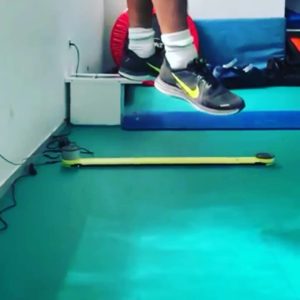